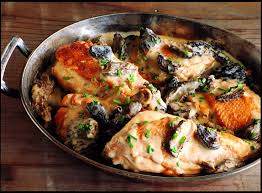 The cuisine of Umbria originates from its Etruscan roots, and is characteristically simple, relying heavily on seasonal ingredients that can be found growing in its rich soil, swimming in the region’s lakes, raised on local farms, or discovered in the lush forests that cover much of the region. Umbrian cuisine is very rustic, often called “cucina povera”, or peasant cooking, which simply means it is built on traditional dishes created with minimal ingredients and methods of preparation that rely heavily on local products such as grains, vegetables, fresh herbs, and of course olive oil, Umbria’s liquid gold.

Umbria relies strongly on seasonal produce such as mushrooms, wild asparagus, and numerous other fresh vegetables, and of course on the highly prized truffles that grow throughout the region. Truffles play an important part in many Umbrian dishes, including appetizers such as crostini al tartufo. Both pasta and risotto dishes are also served with grated black or white truffles, while in Norcia, the homeland of the black truffle, both fresh and seasoned cheeses, as well as cured meats are seasoned with this regional treasure. The truffle is so highly coveted in Umbria, that in the fall and winter there are numerous festivals and markets held to celebrate these precious nuggets. 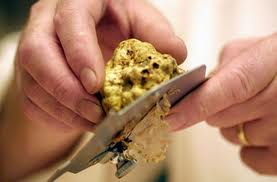 As well as playing an important role in the traditional Umbrian diet, a number of the region’s vegetables and grains have earned the prestigious DOP quality denomination label. These include Lake Trasimeno beans, Cannara onions, and Trevi black celery. Umbria also proudly boasts no less than five different DOP denomination varieties of oive oil. Umbria’s largest production centre for olive oil is in the area directly around Trevi which is covered with silver leaved olive trees as far as the eye can see.

Umbrian cheese is produced from both cow and sheep milk and includes such varieties as fresh ricotta, caciotta, raviglio, pecorino, and a variety of truffle flavored cheeses. 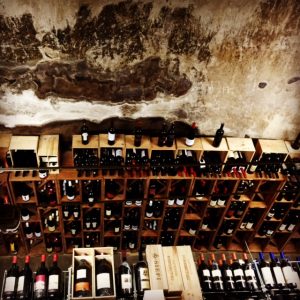 Umbria also has a long standing history in the production of chocolate. Founded in 1907 by the Buitoni family, the Perugina chocolate factory rose to international popularity and fame with its famous Baci chocolate, made with ground hazelnuts and dark chocolate. The original machinery used in the production of Perugina chocolate is still on display at it’s museum devoted to the history of the factory that opened in 1997 called Museo Storico Perugina. Each year the city of Perugia holds Eurochocolate, an international chocolate fair that draws folks from around the world.

Wine plays an important part in Umbrian cuisine and due to the region’s optimal growing conditions, the production of wine in Umbria can be traced back to ancient times. Umbria’s most famous wine may be its white wine produced from grechetto grapes which are largely found in the Orvieto area, but Umbria’s red wines, particularly the Sagrantino di Montefalco is quickly catching up in popularity. 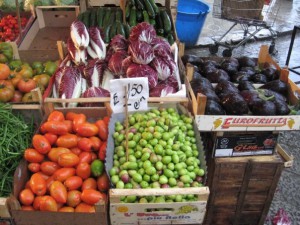 Umbrian cuisine is about good flavor, freshness, and simplicity. It’s rich soil provides its residents an unlimited number of amazing seasonal ingredients which are simply prepared to highlight the true flavor of each dish. The traditional methods still used in the production of such typical ingredients as Norcia’s cured meats, regional artisan cheeses, regional wines, and farm raised meats ensures the absolute best quality of these products. Umbria is birthplace to the ancient art of butchery, and home to the treasured black truffle. It is honest, Italian home cooking at it’s very finest!